How to Bet on Golf

With the increase in online betting, golf has swiftly become one of the trendiest sports to bet on. If you can identify the betting values and have a sound betting strategy to go with it, you can easily make consistent profits by betting on golf.

If you are just beginning and interested in betting for golf online, the sheer number of bookmakers, markets, and wagering options can seem a little daunting at first. That is why, in this article, we are taking a look at some free golf betting tips catered to both newbies and veterans.

To start wagering, you will first have to be aware of the tournaments that you can bet on. The majority of them come under the Professional Golfers Association (PGA). There is a separate category for men and women, and are classified by region as well. At the moment, PGA has the following tours that you can wager on:

The most famous tours are known as the majors. These include the following:

With over 37 weeks of golfing action, there’s always a tournament that you can stake on. It is usually a better option to focus on the major ones, but you can also occasionally use your golf predictions on the smaller championships. This is because bigger tournaments tend to attract better players.

Of course, you need to understand how house golf tipsters have the odds written differently. Though most wagering sites will make it easy and list a player’s odds as fractional, sometimes you’ll see money lines. For example, the odds of Brooks Koepka’s winning can be written as 12-to-1, or as $1200 off a $100 wager.

It is also important to note that the odds are not indicative of the book’s forecast of a player’s win. Although that itself is factored in, other elements like the public investment are also taken into account. For example, let’ say Brook Koepka’s listing opened at 10-to-1. The fact that it is now at 12-to-1 shows that the public didn’t like those odds. The odds had to be moved to get action on Koepka. Conversely, if another player’s odds are high and his/her name gets a large number of bets, the books will adjust the number accordingly to a lower figure. This is done not only to protect the books but also to hope that the newer number evens out the bids.

Start with the Stats

To place smart golf bets, you need to be aware of the statistics of the players that you are going to wager on. It is the key to garnering long term benefits from sports betting. At the same time, other factors also influence how a particular player fair against the rest, such as course form. Here are four things you need to know to formulate a proper golf betting system.

It is essential to understand what the current form of players is like. Start by studying the golf form guide to see players’ recent finishes in various tournaments and rule out anyone who hasn’t shown even a glimpse of competing in these tournaments. For instance, in 2015, in a section of 33 European Tour (ET) events, a total of 29 winners ended up recording at least one finish in the top 20 in the five events that led up to their victory. Though these numbers may be well in the past, they can help to narrow your selection down.

PGA and ET use the same course year after year. This means that it is easy to see if a particular player likes or dislikes a certain course. That is why its studying will take you far in your wagering endeavor. A lot of times, even an underdog can put in a big performance up to his/her liking. There are many reasons for this.

Certain golf tracks are narrow and lined with trees. If the player misses the fairway, s/he can struggle to make par. Other courses are wide, like some modern, resort ones. Accuracy is not exactly what one would expect here, which makes them the stomping grounds for long hitters. They can effectively hit wherever they want and, once in the green, can set up birdie chances with a short wedge.

Many other courses are located in areas that are prone to wind obstruction. Those on the coast require a specific type of player to excel on them. More often than not, the same kind of player emerges victorious at such locations. Usually, these players grow up learning how to play in the wind.

This is one of the better golf betting tips free that we can provide. It includes studying players’ form, both season-long and recent. This can give you an edge over the bookmaker. Since many courses make driving accuracy absolutely vital, you should study the player statistics on them. If it requires the player to hit the green to win, then check out a player who can do that time and time again without fail. This is because, if they miss it, it can be quite hard to make par.

You can check the golfers’ latest greens in regulation statistics to see how good their wedge game has been. Another metrics that is good to know is the players’ putting. If the player can’t putt, s/he can’t win. It’s all good to see players whacking the ball from tee-to-green, but if they struggle to putt due to poor technique or the pressure of a final, then s/he is not going to win you money.

Always wager on experienced players, as the new bunch is not as likely to win. Also, if a player wins a PGA or ET tour, it gives them two to five years to play regardless of their week-to-week performance. Experienced players can simply pick the world ranking point events and don’t have to work too hard to play on tour. This does their job, and their finances secure and give them the confidence even to take a few weeks off the tournament to work on their weaker aspects.

Before the tournaments start, you can wager on a player to finish higher than another player that week. This is a called a match-up bet for the whole championship. A match-up bet can be placed for either the entire tournament or only a round, and it is vital to know the difference. Any stake you place should have the label next to it.

An example of a round match-up bet could look like “1st Round – Adam Hadwin (-150) vs. Dustin Johnson (+130).” These wagers can be made in every round, and often between two players who are competing that day. On the other hand, the tournament bet can be placed between any two golfers. For golf, monthly betting tips like these can allow you to go a long way.

Another format of golf is called match play, which involves either individuals or teams of golfers going head to head with their opponents hole-by-hole. This is different from other tournaments in which the score is calculated based on the 18 holes, which include stroke play.

The most famous of match plays is Europe vs. America, also known as the Ryder Cup. It is held every two years, and the best of Europe compete against the best in America. The tournament is held for three days for 28 points (1 point for every match won). For the first two days, 16 fourball and foursome matches are held. On the last day, all 12 players from both sides play singles.

There are other match play events as well, such as Eur-Asia Cup and the Presidents Cup, but they don’t get as much online betting action as the Ryder Cup, for which there are a lot of golf bet tips to go around.

The leisurely pace of golf allows bettors extra time to consider their options and make an in-play wager. This betting golf type takes place during the rounds and predicts the odds wax or wane depending on the flow of the game.

If you want to bet in-play golf, there are certain things that you should keep in mind. For example, in tournaments like the Masters, the initial leader rarely wins. So, you should look for potential value further back in the field. Many players are considered strong closers and should be taken into account even if their early rounds are not as good as others. You can also take insight from data from previous matches played on the same course. Examining them before a game can show a player’s strongest and weakest positions historically.

Betting on golf can be challenging, especially if you are new to sports wagering. But hopefully, with our golf betting tip free guide, you now have some idea as to where to begin. It is crucially important to study the players that you are going to bet on, to reiterate a few crucial points. Going through their previous results and their current form will give you an indication as to whether you should place your money on them.

Additionally, you shouldn’t skip out on understanding what the course has to offer. More often than not, this is going to be the make-or-break factor. But at the same time, you shouldn’t just go for any player who looks good on a particular track. Stick with experienced golfers as they will also get the most wagering action.

Go through the various match bet types and pick out one that you are reasonably comfortable with to wager on. If you make use of our golf tips, betting shouldn’t be too much of a trouble. Always remember not to bet more than you are willing to lose. With time and practice, you can start making consistent profits on it, too. 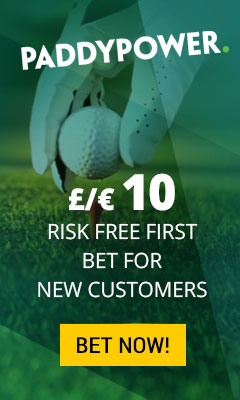