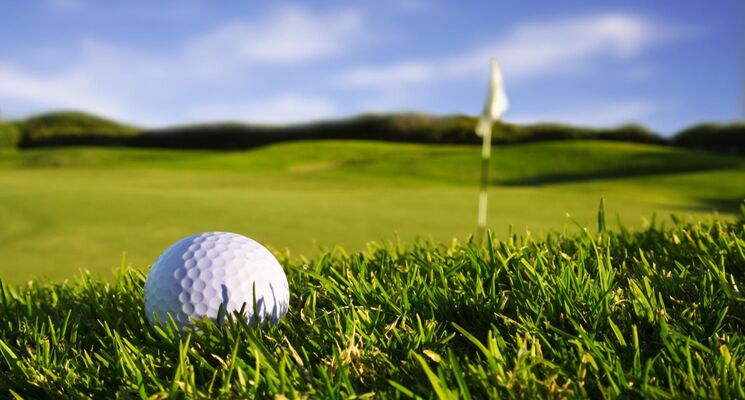 One of the oldest among all four golfing significant tournaments, the British Open Championship, or also known as the Open Championship, will be entering its 149th edition since its establishment in 1860. Similar to all the other majors, The Open is an official event on the Japanese, PGA, and European tours.

Like all other US Open tournaments, the Open Championship will be played at different venues throughout the year; there will be ten currently-used courses that will be used in rotation.

It will be played at Royal St George’s Golf Club in Sandwich, Kent. The same venue had hosted the event previously 13 times, the last being in 2011 when Darren Clarke won his debut major. The course measures about 7,204 yards and has a par 70. No two following holes are played in the same direction and known to house the biggest bunker in championship golf.

This year’s tournament will be unique because there are no majorly dominant players. It is an open field, and everyone has equal opportunity and potential to win. In this article, we will be discussing Open Championship betting tips.

Below are some tips that can help you become a successful golf bettor. These tips are quite general, and you need to keep them in mind when you are making your Open golf betting approaches:

1. Not All Courses Are Created Equally

While the general form of the player is essential, you also need to research on topics like how they fared on each course in the past. Before you place your bets, you need to check the history of the player on a particular course. Golfers have different strengths, weaknesses, and playing styles; hence, their performance will be stronger on the course that suits their play style.

2. Look Around For The Best Odds

It is recommended that you maintain multiple accounts with different online bookmakers. It is because the player’s Open Championship odds can differ by a lot between different operators. It is also helpful if you shop around before finalizing your bets. Some bookmakers offer strong odds for the favorites, while others will provide long odds for outsiders and middle-rollers.

3. Note Down Your Results

It is a good idea to note down all the bets you make and the resulting profit or loss in a simple spreadsheet. With the help of this, it will be easier for you to keep a track record of all your winnings, as well as provide a simple reference to check on which players performed well enough for you to win money at previous tournaments.

Also referred to as the British Open or The Open, the event came into being in 1860, thereby making it the oldest of the four golf majors. Traditionally, the event is a 72-hole stroke play tournament that will span across four days of play. Here, the best professional golfers consisting of about 165 players, make up The Open field.

The British Open championship has typically been played from Thursday to Sunday since its inception. The only time when there was a significant rule change took place in 1996 when the ’10-shot rule’ was dropped.

In the early years, it was unsurprisingly dominated by the Scots, and the first English winner was John Ball in 1890, who was an amateur. In fact, between 1890 and 1930, it has only managed to win six occasions with amateurs.

The first non-home national player to win was Arnaud Massy from France, at the Royal Liverpool in 1907. It was during the same time that Harry Vardon, the record holder from France, won six titles, hist first in 1896, and last in 1914.

The event was not conducted from 1915 to 1920 due to World War 1. The next American who won was John Hutchinson in 1921. Soon after, golfers from the US started to win 12 out of 13 titles until 1933 when Henry Cotton from England began his dominance until World War 2.

Again, it was suspended for the ongoing war and resumed in 1946, where US’s Sam Snead won the first title. The American dominance ended in 1983 after American Tom Watson won 16 finishes in the top five.

Since 1984, the tournament has not seen any dominating player from a single nation. In the last 25 years, the only player who had shown dominance was Tiger Woods, winning three occasions from 2000 to 2006.

Below is the list of the past winners from 2000 to 2019. Currently, Jordan Spieth is the champion as he broke the record for the youngest player to win three majors.

The current leaderboard of the British Open Championship is as follows:

The 149th edition will start on July 16th, 2020, and the betting market will cover a lot of different angles. Whether you want to bet on the outright player or want to engage in something fancier, like the top European player, you will find a lot of betting markets with some of the best online bookmakers in the industry.

Some of the betting markets include:

Let us take a look at the British Open Betting Odds of 2019:

From the above, we can expect almost the same betting odds pattern for the 2020 event.

Where will the 2020 British Open Championship Golf be held?

Here is the answer. The 2020 British Open Championship takes place at Royal Portrush Golf Club, which is hosting its second championship and the first in nearly 70 years. The first time an event held outside mainland Britain was here in 1951.

When will the 2020 British Open Championship Golf take place?

Who won the 2019 British Open Championship?

Shane Lowry from Ireland was the winner of the British Open Championship, 2019. His score was 269 points.

The event is the oldest professional golf tournament and has a lot of tradition and history, including being played on a links-style course. The betting will be available as soon as the majors begin. With the help of the tips mentioned above, you will be able to make the right bets. We hope you will win your bets on the 2020 British Open!

Latest Posts
A Beginner’s Guide to Golf Clubs Read more
Tips
How to Bet on Golf Read more
Tips
Each-Way Golf Betting: What Is It & How Does It Work? Read more
See all posts
HOT OFFERS NOW
Bet365