Golf as a sport is divided into different categories, just like every other sport. It is good to note that the gender demarcations play a very serious role in categorizing golf; hence the two major clear cut golf categories are the men and the women events. 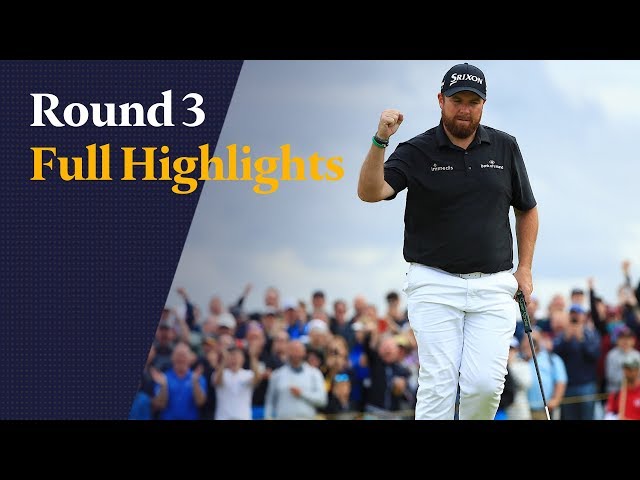 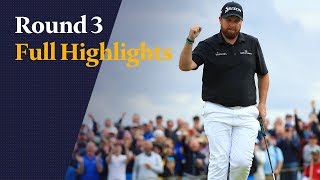 When it comes to the men’s golf championship category, there are four major professional championships that are recognized, and they take place every year. These majors are the Open Championship, the Masters, the US Open and USPGA.

In 2010, many people were thrilled to witness the 150th anniversary celebration of the golf open championships. Also named the British open, it is the oldest major golf tournament to be ever played and also one of the oldest tournaments in the sports world. This tournament takes place in some of the best courses in the world, and at the end of it, the winner is awarded the Claret Jug as the Champion Golfer of the Year. Some of the courses that have hosted this most prestigious golf tournament include the Royal St Georges, Royal Liverpool, Royal Lytham & St Annes, and Royal Troon. Others are Turnberry, Carnoustie, Royal Birkdale, the Old Course at St Andrews, and Muirfield. Among the winners of this golf tournament are the golfers that held their generations spellbound in their prime. They include James Braid, JH Taylor, Harry Vardon, Tom Morris and Tommy his son. Others are Bobby Jones, Walter Hagen, Peter Thomson, Bobby Jones, Tom Watson, and most recently, Steve Ballesteros, Tiger Woods, and Ernie Els

This is another ancient golf tournament. It is the indigenous open golf championship of the United States. The first us open golf tournament held in 1895, and since then, it has been happening every year at different courses. Some of the courses that have hosted this golf tournament include the Pebble Beach, the Winged Foot, Hazeltine, Oakmont, Shinnecock Hills, and the Pinehurst No 2. The Congressional and the Merion have also hosted this. This is one of the most difficult of all golf tournaments because of the way the courses are set. They make low scoring very difficult, and there is a huge focus on accuracy. This has been won by Webb Simpson, Rory Mcllroy, Tiger Woods, Ernie Ells, Jack Nicklaus, Arnold Palmer, Ben Hogan, Bobby Jones and many others.

This is the golf major that takes place at the tail end of the year. In fact, it is the one regarded as the final for the season. The Professional Golfers’ Association of America is the organizer of this, and it was instituted in 1916. It was a match play golf tournament at its inception, but later moved to stroke play in 1958. It has been worn by Jack Nicklaus, Gary Player, Lee Trevino, Sam Snead, Tiger Woods and Rory Mcllroy. Courses that have hosted this golf event in the past include the Hazeltine, Baltusrol, Oakland Hills, Whistling Straits, Medinah and Valhalla.

This is one of the recent arrivals in the golf Majors world. It came into existence in 1934 and it is one of the golf tournaments that are held in a particular course every year. The Augusta national golf club hosts this tournament every April. At the end of the golf tournament every year, the master trophy which is designed after the Augusta club house is presented. It comes with a green jacket that inducts the winner into the honorary membership of the club. Because of the time of the year that this takes place; many people regard it as the tournament that kick-start the golf year. Another reason people enjoy this is the greenery at the course. The greens are fast contoured and they bloom. This has been worn by Tom Watson, Jack Nicklaus, Gary Player, Arnold Palmer, Sam Snead, Byron Nelson, and Bubba Watson.

There are about 5 recognized professional major golf championships for the female folk. These are played every year, and they include the US women’s open, the KPMG women’s PGA championship, the ANA inspiration, the Evian and the Ricoh women’s British open.

This is the first major golf event in this category, and it is still held as the most prestigious. It started in 1972 and was made a major in 1983. This has been taking place at the Mission Hills Country Club in Rancho Mirage, Caliph, since it started. This makes it the second oldest in the category of golf tournaments held at the same golf course since it started. This golf tournament has been won by Nancy Lopez, Yani Tseng, Lorena Ochoa, Annika Sorenstam and Betsy King.

It was in 2014 that the LPGA and PGA of America came together to collaborate in the women’s PGA. In 2015, It became the first ever major that the PGA of America will be running and it started at the Westchester Country Club in New York.

This golf event came into existence in 1946 when it was first organized by the United States Golf Association, and this made it the oldest women’s major golf championship. Since the year 1950, the LPGA have recognized it. This brings together amateur and professional golfers every July. The past winners include Karrie Webb, Annika Sorenstam, Mickey Wright, Babe Zaharias, Laura Davies, and Paula Creamer. It has been hosted in some of the most respected courses like Cherry Hills, Crooked Stick, Oakmont, Hazeltine, Baltusrol, Winged Foot and the Country Club of Colchester.

The Ladies Golf Union founded this in 1976. There is no exclusivity to any course here, as against what is obtainable in the men’s golf game. It comes up in late July, but was shifted to September in 2012 because of the Olympics. Former winners are Laura Davies, Betsy King, Patty Sheehan, Annika Sorenstam. Lorena Ochoa, and many others. The golf courses that have hosted this golf championship over the years include the Sinningdale, Turnberry, Royal Birkdale, Carnoustie, St Annes and Royal Lytham.

This is one of the most recent of the women golf championships. It was made a major golf tournament just in 2013. It came into being in 1994. It normally takes place in July, but was shifted to September from 2013. It is among those golf tournaments that take pace in a single course. Here, the Evians-les-Bains in France is the venue. Inbee Park was the winner in 2012, and Laura Davies, Annika Sorenstam and Paula Creamer have also won this.

The presence of golf at the Olympic Games has been a thing of controversy. Golf was played at the 1900, 1904 and the 1908 Olympics. But it ceased to appear after that. There were several attempts to bring golf back into the Olympic Games after that, but it never materialized. It was in the 2016 RIO Olympics that golf finally made its way into the list of sports for the tournament. In the men’s individual category, Justin Rose of Great Britain won gold, Henrik Stenson or Sweden won silver and Matt Kuchar or USA won bronze. In the female individual category, Inbee Park of Korea took the gold, while Silver went to Lydia Ko of New Zealand and Bronze to Shanshan Feng of China.
HOT OFFERS NOW
Bet365